Home Blockchain If Giannis Antetokounmpo Doesn’t Step Up, He Might Just Step Out

There’s a reason Giannis Antetokounmpo and the Milwaukee Bucks have trouble in the playoffs.

If he doesn’t find it soon, he might have to join a team that already has it ingrained into their culture.

During a postgame interview, the Defensive Player of the Year revealed that he had no intentions of guarding the Heat’s best player. Check out this clip:

Giannis on whether he asked to switch onto Jimmy at the end of the game: “No, I didn’t. Why would you ask that? … I’ll do whatever coach tell me to do.”

When asked if defending Jimmy Butler was something he wanted to do going forward, Giannis said:

Nah, I’ll do whatever coach tells me to do.

Does that sound like it’s coming from the heart of a champion?

And Giannis Antetokounmpo showed about as much resolve during last night’s loss. The reigning two-time MVP took only 12 shots. His sidekick Khris Middleton took twice as many.

His performance was contrasted by Jimmy Butler’s tough-as-nails virtuoso 40-point display that night.

This isn’t the first time Giannis has faded into the background after tougher star stepped up in the playoffs. Last year, after going up 2-0 on Toronto, Raptors head coach Nick Nurse had Kawhi Leonard check Giannis, and effectively shut him down.

The Raptors swept the rest of the games and went on to win the championship.

Giannis still hasn’t found that killer instinct. He still lacks that mental resolve to take over games and face-off against his most powerful foes.

He’s only 25-years-old, so he has time to mature. The Milwaukee Bucks do not have that same luxury.

The Miami Heat don’t just want to beat the Milwaukee Bucks. They want to embarrass them so badly that Giannis won’t re-sign there.

Considering Antetokounmpo’s biggest weakness, Miami would be the perfect landing spot. Perhaps no team is more known for work ethic and toughness than Miami. And they clearly already have an alpha who’s willing to take over games in Jimmy Butler.

Could Giannis Antetokounmpo mirror LeBron James and take his talents to South Beach? Just like LeBron, he would join an established star who could teach him how to win when it matters. And he could learn toughness from the guy who just blocked his own family from the Bubble. Listen to why Butler joined the Heat: 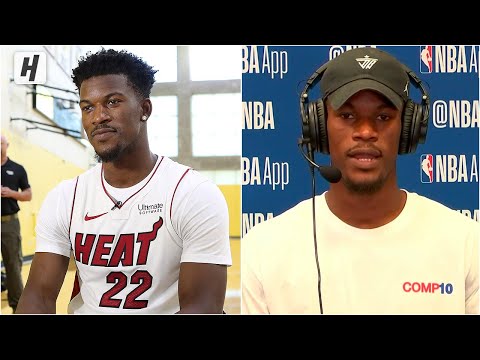 Kevin Durant already set a precedent for joining the team that knocked him out. Giannis wouldn’t face nearly as much scrutiny since the Heat are not in the midst of a dynasty, and they are highly unlikely to win the championship this year.

Miami is already among the favorites to land Giannis.

Milwaukee had better find a way to win; otherwise, they’re going to lose much more than this series.

The President of El Salvador, Nayib Bukele tweeted earlier today that his government has …

An address with the foresight to purchase $3,400 worth of Shiba Inu (SHIB) last …